The principle goal of education in the schools should be creating men and women who are capable of doing new things, not simply repeating what other generations have done; men and women who are creative, inventive and discoverers, who can be critical and verify, and not accept, everything they are offered.This school is run under the aegis of Diwan Chand Arya Sr. Sec School society. 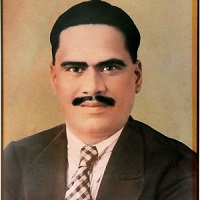 Lala ji used to take real joy in helping others. He was afar from self-pride, jealousy, anger, lust for power or post.

All his donations we’re for the very meaningful and constructive jobs and projects. His aim was always to open schools for the needy children so that maximum students could take advantage. He was the perfect example of a man who molded many lives.

Keeping in view his high public image of honesty, Lala ji was appointed honorary magistrate on 6th September 1919. He also worked as Municipal Commissioner of NDMC in 1928.

Lala ji earned a lot of wealth but with an ultimate objective of donating it for the welfare of others, for social upliftment and progress of nation.

When water started gathering in the boat and wealth start accumulating in house, they should be shown the exit way with both the hands, only this behaves the wise and learned.